Women at War, Rise up! 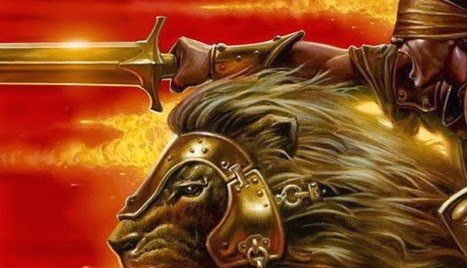 Excerpt from the book “Indescribable” by Kimberly Anne Wallace in “Women at War: Rise Up, Be Restored and Embrace God’s Mandate for Your Life” by Delaine Allen (Chapter 7: The Battle at Your Gates)

“I first met Kimberly at a training event. Kimberly is the type of person who would be difficult to not like. An enthusiastic little bundle of energy with her spikey hairstyle and contagious smile, she was usually one of the first people to jump into a new activity. I wouldn’t have guessed she had just gone through the traumatic experience that she did, or that at that moment she was going through such a battle of faith. Only six months earlier, Kimberly arrived home one evening to something that threw her life into a tailspin. Kimberly shares with us from her upcoming book (29) – Kimberly Wallace, Indescribable © Kimberly Wallace 2013, use by permission:

It was Saturday night March 10, 2012, I had been at church conducting a missions meeting during the Saturday evening service. I returned home, but could find my husband nowhere in the house, though his car was home. I called a friend and spiritual daughter wondering if she and her then-boyfriend (now husband) had gone to dinner with him. No, they hadn’t seen him that night.

I called one of my spiritual sons who also lived with us, asking him if he was with Rob. No, he wasn’t. We continued to talk on the phone as I walked into the office. Rob wasn’t there. I went upstairs to check our bathroom and bedroom, Rob wasn’t there. I noticed a sheet of paper on my side of the bed. I was still talking to my son on the phone. I picked up and immediately I knew it was a suicide letter. I screamed into the phone, “I’ve found a suicide letter.”I ran downstairs and immediately ran outside to the backyard and I saw him hanging by his neck, from the side of our house. Through my tears I asked my son to come as soon as possible, and then I called the police.

I had to cut him down from his noose he tied to our balcony on the side of the house. I remember I couldn’t find scissors to cut the rope. I remember screaming, “You will live and not die!” over and over and over, attempting to raise him from the dead, until I was finally able to cut him down. I couldn’t breathe too well right then. I thought, Lord give me your peace that passes all my own understanding, as only you can do.

In the aftermath of the tragedy, Kimberly tried to make sense of things as she went through a grieving process. Besides the loss of her husband, leaving her widowed at a young age, there was the suddenness at which it happened –no goodbyes could be said, confusion and anger at why her husband would choose to take his own life, anger and frustration at being left with financial difficulties, and deep loneliness. Kimberly pressed on to live even during the process. She didn’t quit living, yet she had to depend deeply on the Lord in her pain.

Even a year later, around the anniversary of Rob’s death, Kimberly found herself to be emotionally vulnerable as reminders of that night resurfaced. On her way home from a meeting one evening, as she waited at a stop light, a fleet of emergency vehicles zoomed through the intersection –5 police cars, EMS, and a fire engine, lights flashing lights and sirens screaming. Emotions welled up within Kimberly and she sobbed on the phone to her friend. She caught herself apologizing to her friend for crying, despite her grief counselor having told her, “Don’t apologize for your feelings or emotions, because it only minimizes or negates them.”Around the time of the anniversary marker, Kimberly writes:

My soul needs consoling. I am having a difficult time having a clear mind and emotionally attempting to keep my chin above water, so that I don’t drown in these tears of frustration and grief. I wonder if my heart will ever feel whole again from the pain of Rob ` s suicide. I believe that I would feel so different if my husband had died from illness, accident or something other than self-murder and suicide. Clinically I understand that there is nothing I could have done differently.

Emotionally, I replay over and over whether I could have done more. I will never understand why he chose to end his life and turn from the invitation of redemption. I am trying to accept that he couldn’t receive his redemption from the Father.
I now have a grid for grief, inconceivable, inconsolable grief. I know what despair feels like, I’ve experienced that once in my life. When I lost my baby going into my 3rd trimester, the 7th month, I despaired the loss of my child. But I overcame that sadness and despair. I don’t understand depression or the spiral of it long term. I understand it clinically, but again, I do not understand it experientially.

Everyone around me thinks I am this very strong woman of God. But I am not. I am weak. I cry. I am reminded that my weakness is made perfect in His strength!!! I have been crying so much in this past month, almost as much as I did when Rob first died. Even now, tears come flooding my face down my cheeks as I write. I pray. I ask God to forgive me of my sins in asking why Rob chose to end his own life, and for my anger in that he chose to do so and leave such a financial mess.

God is a merciful and gracious God. I keep reminding myself, that in His being merciful, gracious and loving toward Rob, He must be just as much toward me…
I had been seemingly on an even kilter for what seemed a fair amount of time. Yet, while attempting to lead a prayer set at the Rock House of Prayer, stirring yet again began. I got up to pray, and all I could do was cry. Memories of coming every Wednesday to early morning prayer with my husband for 3 years or even more, came flooding in. This was the first time since my husband’s suicide that I came to RHOP. I had stayed away all this time. I could only make garbled proclamations in between my tears of mourning. I REMEMBERED. I remembered the grogginess of 5: 30 a.m. kissing our throats as we prayed and sang. Our ears and heart were tempered by the leading of the Holy Spirit in melodic songs that deeply touched the spirit.

I cried because I wanted to be what we were. I wanted Rob back here, on earth and in my life. The Lord gently reminded me this was not a possible choice. Grief is the loss and mourning is the remembering. How do I mourn Rob gracefully? I don’t think that I can. I have grieved very ungracefully with rivers of tears and snot offerings at the altar. The memories are sometimes wondrous and amazing. I worry that I won’t remember the essence of Rob, the goodness of who he was in his right mind in Christ. I have to stop and dig very hard for those memories and yet other times the memories over take me like the flow of many rushing waters.

I have been quietly processing great contemplative questions my Pastor adjured me to consider. His words did not fall on deaf ears; his love was felt in my spirit. I am reminded, God rebukes those He loves. In this time of redefinition I have allowed insecurity to weave itself into my life. This is a new experience for me in these last 22 years of my life. Who I am has changed drastically through my husband’s suicide. I have been divorced and know the pain of divorce. The hidden rejection in it. In surviving suicide as a spouse, there is a feeling of blatant silent rejection that you can never address. I have felt the most rejected in this experience, even more rejected then being given up for adoption.

There are so many unanswered questions. Too many, in fact. And they play with your mind. Especially security. In my husband’s suicide, I not only lost my husband, but also all financial security with much debt that I have been working my way to pay off. Many of my relationships have changed through this journey of surviving suicide. Many that I thought were solid life-long friends don’t call or can hardly bear to spend time with me or look me in the eyes. I own my part, in that I have not taken the energy or time to call or reinvest in relationships. When it is all said and done, there is no energy left when you are a survivor of suicide. You must be intentional with maintaining relationships, even if others aren’t. I had begun to think that I had nothing to share and that I was worthless and so I desperately rode in on others’ coattails looking for affirmation and acceptance I so desperately needed, but could not ask for. This doesn’t work.

I need to be honest with myself and remove the subtle mantle of delusion camouflaged as emotional stability. I am a weak, fragile and broken person. I need affirmation and acceptance. Please forgive me for trying to find my desolate needs met in people instead of you, Lord. Thank you, God that I can receive all that I need in my identity from you. In Christ alone!

We have dared to share Kimberly’s story, even while she is still in the healing process. Kimberly could have given up on life and on her faith, but she didn’t. The enemy would have liked her to give up. For some reason, which we will likely never know this side of heaven, Rob was unable to lay hold of his victory. The enemy would like to have turned that into a message of defeat for Kimberly, too.

But Kimberly has chosen the way of courage. Courage isn’t a demonstration of personal invincibility. Rather, it is throwing one’s self completely on the Lord our Rock, looking to His presence and Word for salvation in the midst of difficult circumstances, even while being humble enough to adjust anything that hinders the restoration process. Kimberly is in no way at fault for the tragedy she found herself in the midst of, even as you are not at fault for the assaults that have broadsided you. Yet, the Lord will teach us how to depend on Him alone, as He is the only One who can heal our wounds and give us strength to stand.

Kimberly is one of the bravest women I have met in her pursuit to overcome by the presence of God. Her words, as she tells her story, don’t begin to reveal the cheerful kindness evident in her personality as she interacts with other people, and presses on in her ministry work. Her story isn’t complete yet, and she has already become an encouragement to so many other people as she moves forward past the discouragement that has attempted to take her out.

Psalm 27: 13-14 I would have despaired unless I had believed that I would see the goodness of the LORD in the land of the living. Wait for the LORD; Be strong, and let your heart take courage; Yes, wait for the LORD.”

Reverend Kimberly is a Motivational and Inspirational speaker empowering, partnering and commissioning Leaders to utilize their talents and giftings, walk in liberty and transformational restoration through the demonstrated power of God’s Word, love and the prophetic. Facilitating Revival resulting in Reformation through Discipleship!
View all posts by Kimberly →
This entry was posted in Uncategorized. Bookmark the permalink.