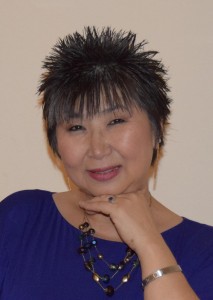 Reverend Kimberly Anne is the founder, director and CEO of Exousia Ministries International. She is a woman of integrity, an encourager, a forerunner of joy, as well as a person who has paid a high price for the anointing she walks in.

Kimberly believes that the mandate on her life is to empower, partner with and commission God’s leaders to live in liberty through restoration and transformational healing. She believes that every person who walks in victory leads many others into victory.

Through her ministry, Kimberly has taught on emotional, physical and spiritual healing, leadership training, Trauma/PTSD protocols, the Redemptive Gifts, the prophetic, discernment and spiritual warfare; She is a survivor of and an advocate against and publically speaks about suicide, domestic violence, rape and molestation. By bringing verifiable transformation in people’s lives through mentoring/coaching, discipleship and inner healing, people are equipped to understand their authorities, fulfill their birthright in the fullness of God’s destiny and calling for His Kingdom.

The nations of the world are also part of God’s mandate on Kimberly’s life. She has ministered in the U.S., England, Uganda, Kenya, South Sudan, Tanzania, Rwanda, Ireland, Northern Ireland, Nepal, Uruguay, Australia, South Australia, Philippines and the DR Congo. Kimberly’s teachings and testimonies have been featured on God TV in Europe and Africa, Wonderful TV in Europe and Light House International TV in East and South Africa. Her teachings have been broadcast on Kajo-Keji radio in Sudan reaching over 250,000 people and the Voice of Toro radio in Uganda reaching over 5 million people.

Kimberly has been ministering full time since 1996, and holds a BS in Theological Biblical Counseling. Kimberly is in the process of writing and publishing several books and is a Lance Learning certified Transformational Trainer and ordained through Wellspring Ministries and Mountain of Worship as a Reverend.